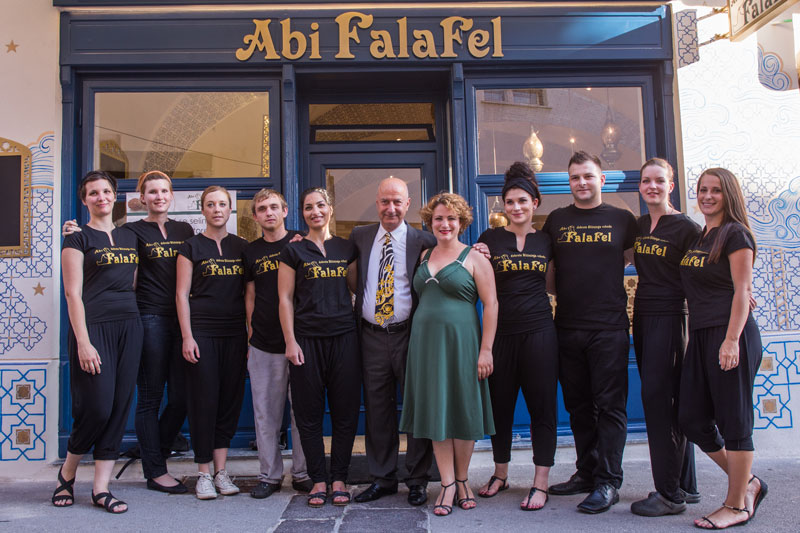 Abi Fafafel is one of the first fast food restaurants to offer Middle Eastern cuisine in Ljubljana. Located on Trubarjeva Street, it has existed for more than a decade. Hana Shaar and her father made a brave move opening the place, without even hinting what the response of the locals might be. Hana is the daughter of a Palestinian father and a Slovenian mother, who met in Slovenia, while her father was doing studying in Yugoslavia at the time. She was born in Slovenia, where she has lived and finished her degree in Agriculture. It was her father’s love of food and cooking that inspired her to join him in running the restaurant. They had no experience prior to opening Abi Falafel on how to manage a restaurant, but they had a vision that led them to make Abi Falafel one of the most visited fast food restaurants on the street.

The primary idea for opening the place came to her father, who is a computer engineer, and some of his Arabic friends. Hana and her family did not even know about her father’s plans, as she jokingly remembers, and is glad he kept it hidden since she believes he would not have gotten their support. Soon after the opening of Abi Falafel, on its first location on Trubarjeva street, Hana joined her father on this venture. The place where there started out was a lot smaller and easily packed and filled with customers, who had to immediately take their food because there was not enough space for sitting. These were exhausting times, when they were open all the time, even for the holidays, had rent to pay, the prices had to be low but they never made compromises considering the quality of their food. As Hana remembers, the beginning was particularly hard because the curiosity of locals to try their food was not big enough, so they decided to give a lot of free tastings in order to introduce their food. After three to four years Hana started noticing the rise in number of customers. But the size of the place was still an issue and she began to also worry about her safety working such long hours and leaving past midnight. 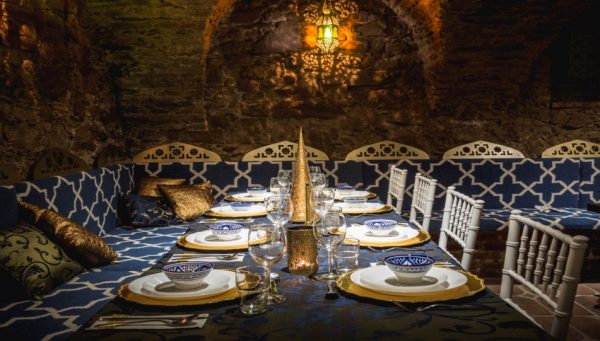 The street has played a role in bringing in more customers, and Hana believes customers from nearby social centres like Rog and Metelkova have made them sort of an icon of fast food. The location offers a great closeness to one of the most eventful areas in the city centre, and the quality of food ideally matches the reputation of the street. The new location of Abi Falafel allows it to be constantly filled with satisfied customers, and thus it has become the inspiration behind other such businesses on the very same street or in Ljubljana in general. The attention to details not only in the food, but also the interior of the place itself makes people come back daily and enjoy a dose of healthy and tasty food. Hana and her father made it authentic enough to feel finally theirs, and allowing them to creatively grow. Being able to invest in their own place has made Hana even more certain of her vision of the place.

Hana believes people really began experimenting with different food in the last couple of years, which gave her a sense that people are now more open to trying different cuisines than in the past when she started the business. She loves to cook in the kitchen, where she worked for a year before focusing mainly on other aspects of the restaurant. The main inspiration for the menu is of course the Middle East, but Hana likes to compare this cuisine to the Mediterranean and claims that Arabic food is not as specific and delicate as people tend to think. The fresh ingredients they use are from the region, but the spices they import. The primary menu her and her father did for the beginning was containing mostly falafel and kebab as main dishes, but since the menu has expanded into a Middle Eastern restaurant rather than a fast food place. Falafel has so many ingredients and can take time to make at home, claims Hana. This is why falafel is perfect as street food. Since the opening, they have only added new dishes on the menu, never actually removing old recipes. 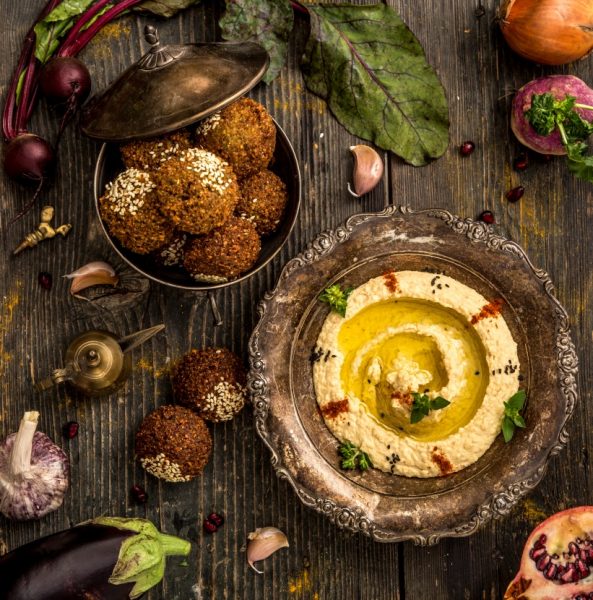 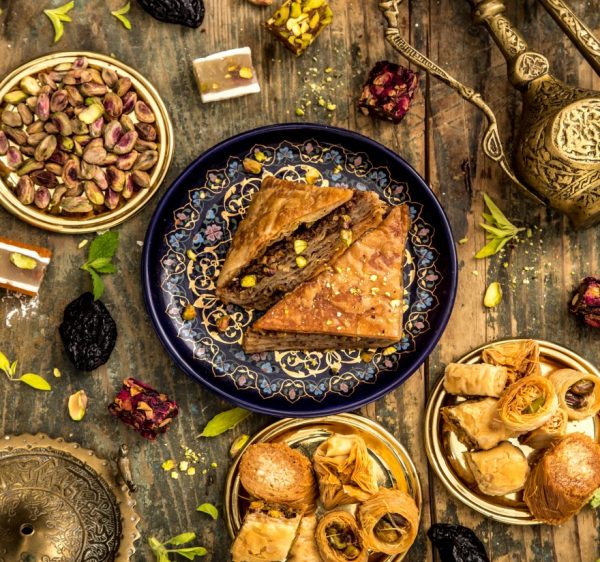 Abi Falafel started also organising events, once per month. Belly dancing events, tarabuka music nights, Arabian style parties etc. are the newest addition to the charm of Abi Falafel. This gives customers an opportunity to experience Abi Falafel in a totally different way. Besides being a fast food service, Abi Falafel has found a way to keep their customers stay in, and stay regular.

Hana would not have the place on another location. Ljubljana is a great city in her opinion to offer this kind of cuisine to locals but also tourists from all over the world, who are all looking for something new or something to remind them of home.

With places like Abi Falafel opening, Trubarjeva became more and more dynamic not only in taste and smells, but also in spirit and opened the way for many more similar enterprises to come to existence as well. The profit is something that interests Hana very little, and she says clearly that she does not envision this for herself, but she envisions running this place wholeheartedly.