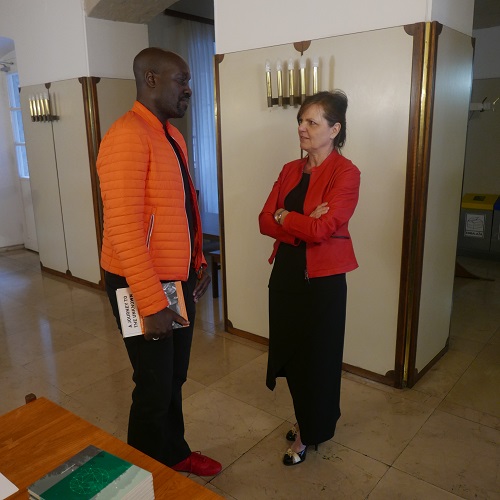 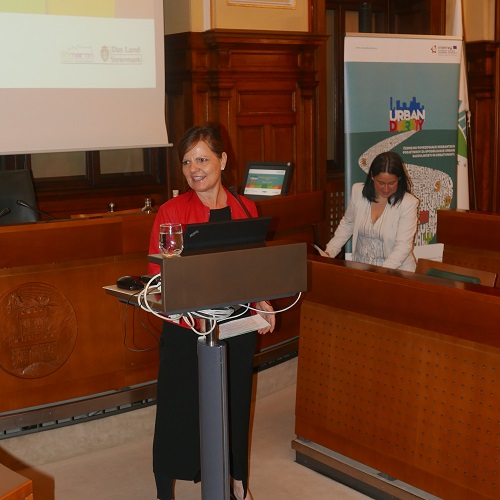 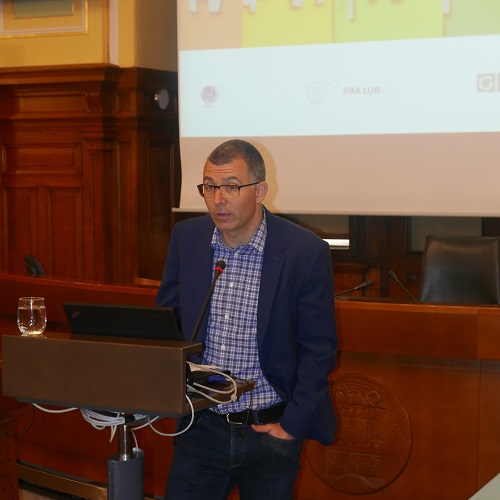 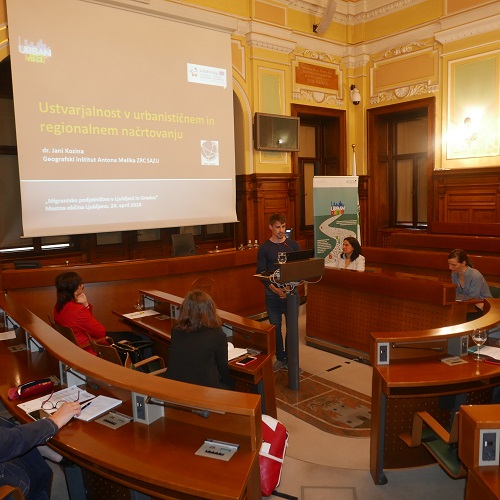 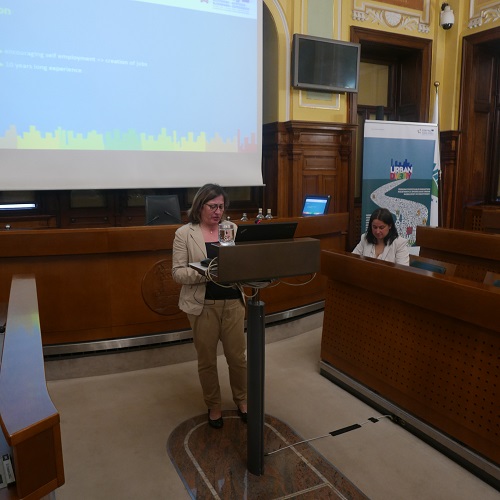 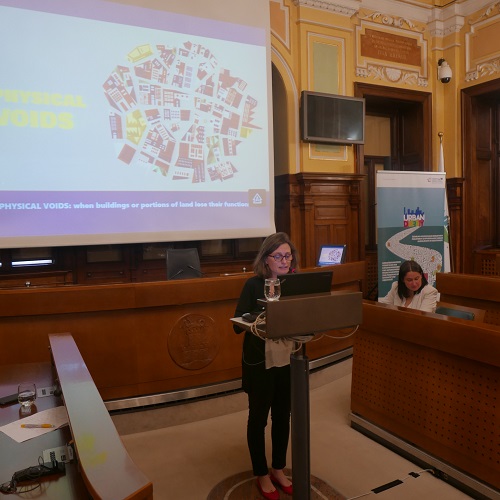 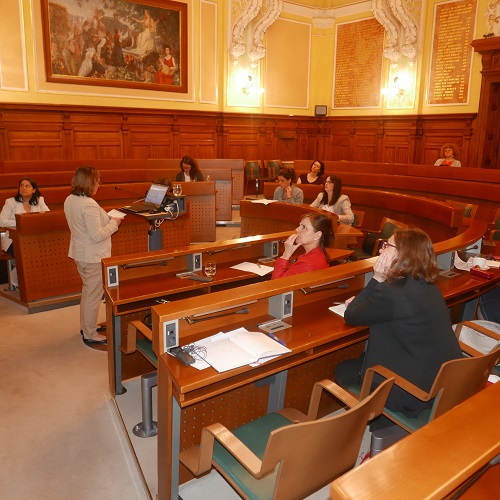 The presentation of good practices of inclusion and empowerment of migrants in cities of Graz and Trieste took place on 24th April 2018 in the Ljubljana City Hall.

Afterwards, Jani Kozina, PhD, talked about creativity as an increasingly recognizable and valued skill in the labour market and the creative environment as more and more desirable for creating good results. Creative environment attracts migrants, who co-create it at the same time. First part of the lectures finished with the lecture on the importance of the information accessibility for the successful integration of migrants, delivered by Martina Bofulin, PhD.

Department for Economic and Tourism development of the City of Graz has been operating as a link between the Graz companies and the public administration for more than 10 years. It mostly helps companies, which work in the field of creativity, ecology, tourism, biotechnology and life sciences. The departments subsidises the rent costs for the first three years of the companies’ activities.  Annually, only around 5% of supported companies fail, which is much lower than the national average. One year of financial help is also offered to co-working and crowd-funding companies. Foreigners, who seek help at the Chambers of Commerce are entitled to translations in various languages. The Department also published the Manual, which provides useful information for foreigners, who wish to establish a company. Currently, the manual exists in Croatian, Serbian, Bosnian, Russian, English and Turkish language. Moreover, the Department assists the asylum seekers with different information since they are allowed to perform certain works. For example, without a formally approved formation the tailors cannot sew clothes, but they can sew bags. In cooperation with the Chamber of Commerce they also organise various educational programmes.

The organisation Kallipolis is based in Trieste and Performs various projects in Italy and abroad, with which it helps people in different situations and forms inclusive cities. Its projects also help foreigners with easier integration in the environment through various activities and raise awareness on social issues, tackling immigrants as well as local inhabitants. Ms Cecilia Corsini presented projects, completed or still ongoing in Italy, Albania and Lebanon.