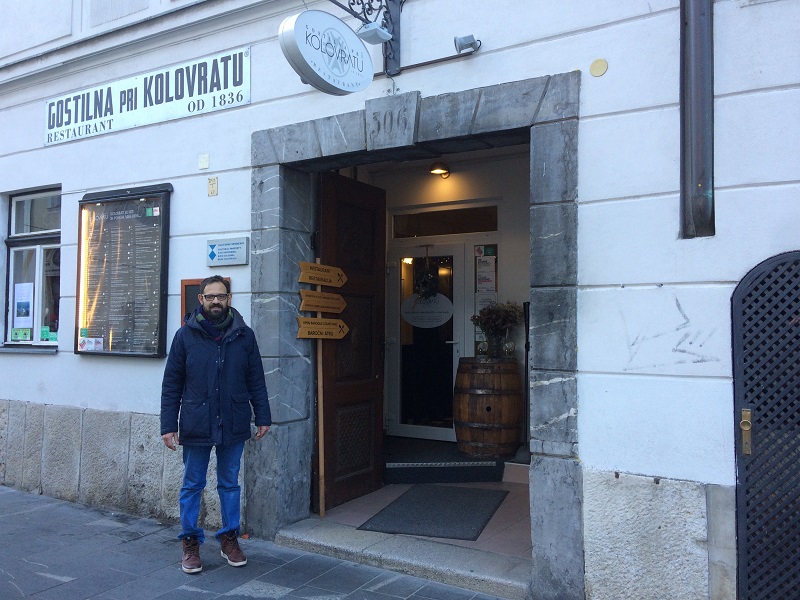 On Friday morning we went for a coffee to Gostilna Pri Kolovratu, which is located on Ciril-Metodov trg 14 in the center of Ljubljana. Coffee was served by our host Mohamed A Elsayad, co-owner of the restaurant, who moved from Egypt, more precisely from Alexandria to Ljubljana in 2007.

Mohamed A Elsayad was born and raised in Alexandria. There he also completed Law School. After completing his study, he worked as a lawyer and specialised for civil law affairs. However, life is unpredictable. Mohamed met a Slovenian girl, fell in love with her and finally moved to Slovenia in 2007. The same year their first daughter was born. He told us that the decision to move to Slovenia was not made only because his wife was homesick, but also because of her pregnancy. At first, he was not sure if moving to Slovenia was indeed a good idea, however after the Arab Spring in 2011 he changed his mind. He agreed that Slovenia is a country that is safer for raising children than Egypt.

At the beginning Mohamed worked in the field of his profession. He was translating business contracts in Arabic language. However, for the time of the economic crisis this work did not bring financial stability anymore. Later he found a work in one of the Ljubljana’s restaurants, working as a chef. He liked the work, but he wanted to realize the idea of ​​opening his own restaurant. Thus, he and his colleague Danijel signed a partnership in October 2016 to revitalize historic Gostila Pri Kolovratu, which was once a popular meeting site for Slovenian’s cultural personages, such as the architect Jože Plečnik and the poet Lili Novy. The restaurant now offers Slovenian traditional food. On the question “Why Slovenian, not Egyptian food?” Mohamed replied that tourists in Ljubljana want to eat traditional Slovenian food, not traditional Egyptian food. Sometimes Mohamed gives an Egyptian touch to Slovenian dishes by adding spices or simply cooks something he used to eat at home. 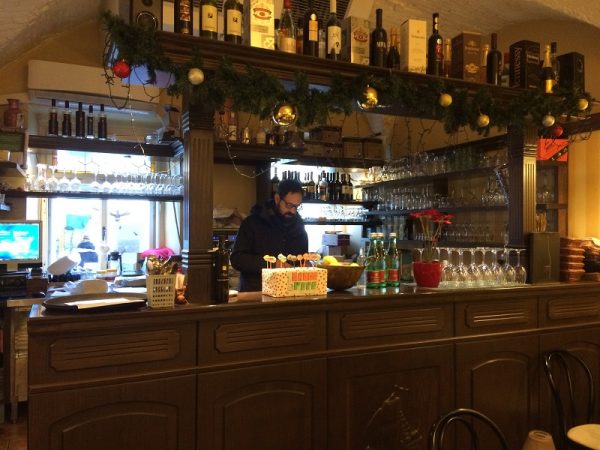 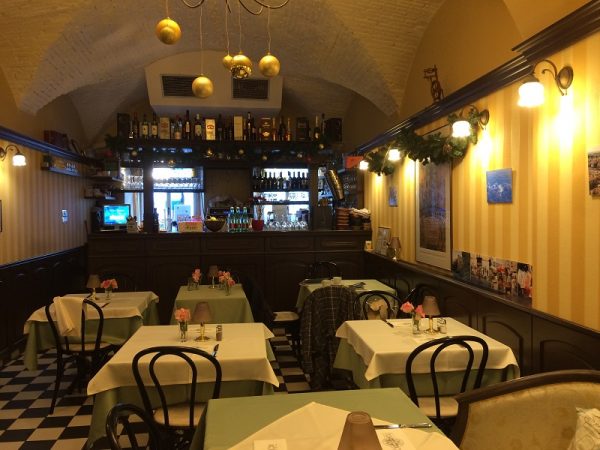 Mohamed says that the main part of bureaucratic work in the establishment of the company was taken over by his Slovenian business partner Danijel. Now Mohamed runs the kitchen and regulates all matters concerning cooking and food purchases.

Mohamed did not face any particular problems when he arrived in Slovenia. He says that accepting people does not depend the country, the society may not accept you abroad or at home. Even in Egypt, you can meet someone who does not accept you. He mentions that the bureaucratic system itself is quite similar to the Egyptian one and emphasizes that you have to help yourself in integrating into society and learning the language and not just count on others. Mohamed has become accustomed to multiculturalism already in Alexandria, where a huge number of foreigners live, for example Italians, French, Slovenians. Also, he comes from a multicultural family, his grandparents came from France, Turkey, Egypt and Morocco, so he did not experience a big cultural shock upon his arrival to Slovenia. 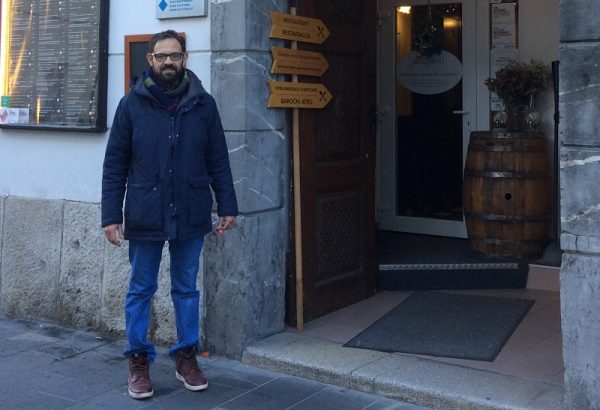 The language, for Mohamed, means a big and important part of integration into the new society, so he began to learn it immediately after his arrival to Slovenia and at the same time he does not want to speak with his children only Arabic. He considers important to speak with his children also in the language of the environment in which the family lives.

Mohamed finds Slovenia a peaceful and orderly country and he also likes the environment, which he thinks is ideal for his children. He thinks that people in Slovenia more appreciate their privacy, which suits him much better than the Egyptian curiosity. Despite the fact that he is more used to the desert, he slowly got used to Slovenian green colour. When we asked him how is it to be an entrepreneur in Slovenia, he mentioned the difference in the tax system. He says that the contributions are higher compared to Egypt.

For conclusion Mohamed A Elsayad says that he is enjoying his life in Slovenia, but at the same time he is leaving his future open and maybe once he will return to Egypt.