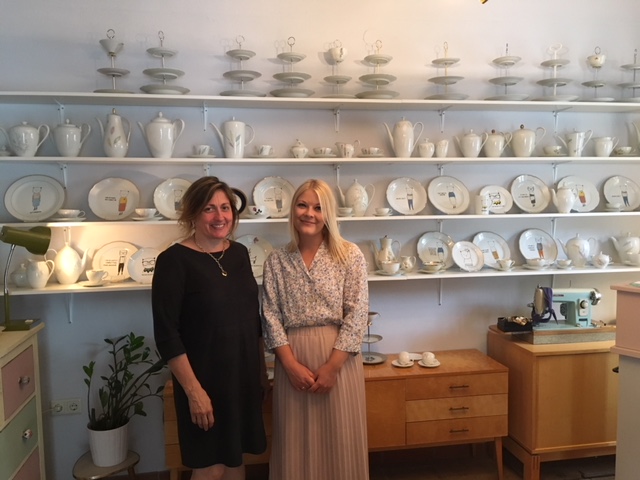 Tea and coffeehouse Omas Teekanne opened its door at the Nikolaiplatz 1 in Graz in 2016. It was founded by Yuno Khripunova and Sandra Auer with the aim to offer tea, coffee and cakes. By now they expanded their offer and organise also various workshops, for example workshops on how to upcycle your old clothes or how to design your own porcelain plates, mugs or cups. In addition, they organise festivals, which give the local designers the opportunity to sell their creations and visitors to participate in different workshops. The “Festival für Selbermacher” (“Do it yourself Festival”) takes place in spring, the “Grieskindlmarkt” in winter and the “Vintage-Festival” is organised in autumn. In the last one people can for example sell and buy old books. Last year it hosted a workshop on how to embroider.

Omas Teekanne is not a typical café. It differs quite a lot from other coffeehouses in Graz, its furnishing and the atmosphere are truly unique. Most pieces of their vintage furniture were received as gifts or were found on Willhaben or different peddlers markets. Afterwards, the furniture was redecorated to fit the taste of the owners. 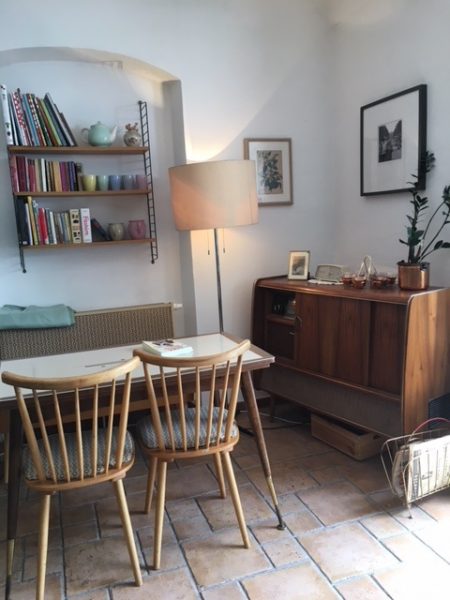 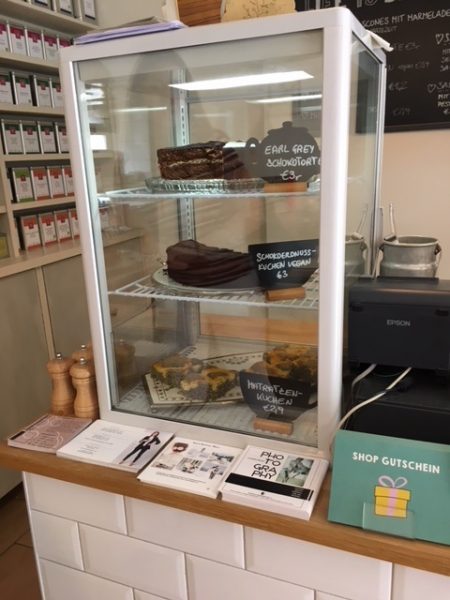 Yuno and Sandra knew from the beginning that they do not just want to open another ordinary coffeehouse in Graz. They wanted to do something different. They chose to focus on tea. A customer cannot only choose among various sorts of tea, but can also taste it in cakes since tea is an ingredient chef Sandra uses for baking her cakes. Apart from the tea experience, Yuno and Sandra also offer handmade and self-designed porcelain cups, mugs and plates. 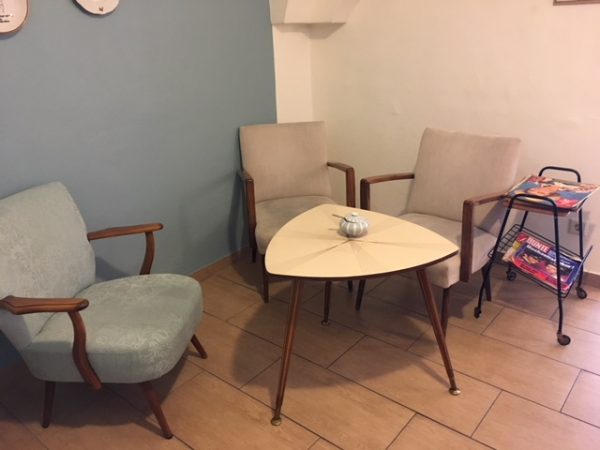 However, opening Omas Teekanne was not an easy experience for Yuno.

Yuno Khripunova was born and raised in Russia. She moved to Austria in 2011. Because creativity always played an important role in her life, she decided to attend an art school beside her formal education. After her graduation she wanted to find a job that would allow her to express her creativity and chose a study of design. However, she had to change her field of study and started studying German language. After university graduation Yuno started to teach German, but planned to move to Germany and do her PhD there. However, some things in life do not turn out as we planned them. Yuno met a man from Carinthia, fell in love with him and decided to move to Austria but under the condition that she would find a job first. After many applications she got a job as a translator in a company operating in the wood industry. However, despite the fact that she already found a job in Austria, the state did not grant her a working permission. In order to get one, her boyfriend and she decided to get married and after the wedding she was granted a working visa for a year. But after some time she realised that this job does not really suit her and after two years and a half she resigned and followed her husband to Graz, where he found a new job. In Graz, she first started teaching German as a foreign language and business Russian in a language school. She had an idea to start her own language school together with an acquaintance from her current job, but this idea was never realised. Later, Yuno started working in a Community Center where she met her current chef and business partner Sandra and together they established the Omas Teekanne.

Yuno and Sandra do not rest, but have many plans for the future, among which publishing their own recipe book and a possible expansion of workplace.

Omas Teekanne is definitely worth a visit. Does not matter whether you are a tourist or a local.