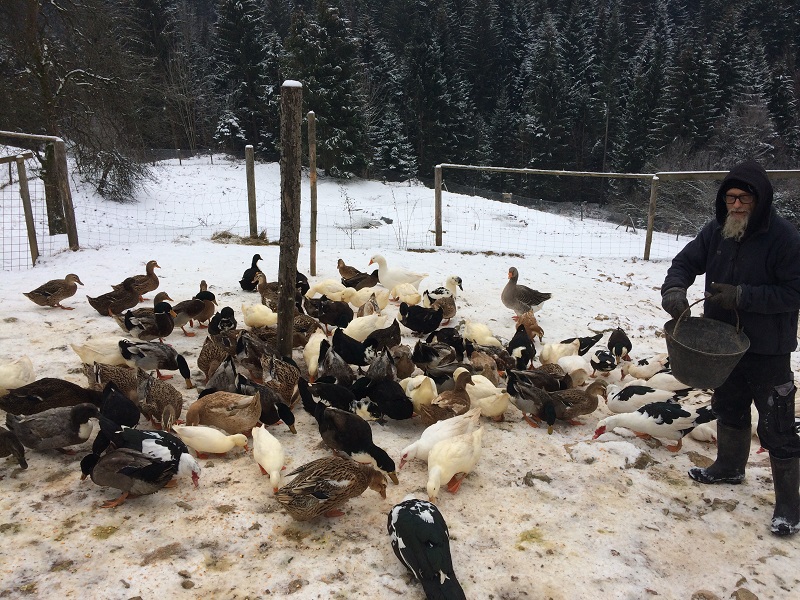 Peter Blombergsson is a Swedish living in Slovenia. Probably not many know his real name, but many know about an interesting duck farmer working on the slopes of Lavrovec, located near the village of Smrečje, surrounded by forests and meadows.

Peter was an entrepreneur in Sweden. He worked in Sweden over 12 years after finishing his study at a local hospitality and cooking school. He was always very aware of the importance of small scale farms and opened a duck farm, breeding ducks for famous restaurants and was creating products from forest. 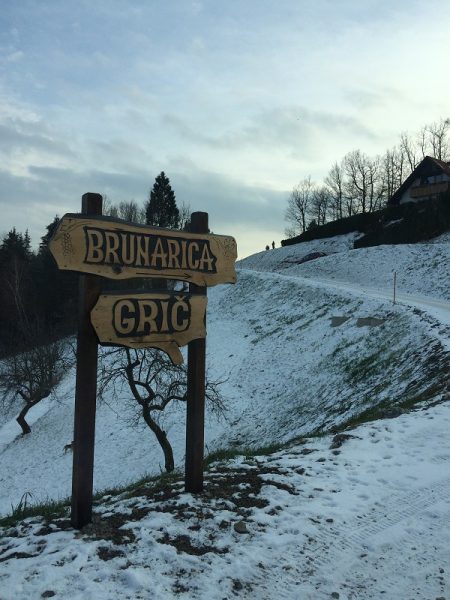 When he decided to leave Sweden for variety of reasons, he was looking for a country that would enable him to live a good life more than to run a good business. He knew Slovenia before, he fell in love with its culinary and agriculture some years before, when he was traveling around East Europe and visited also Hrastnik and Kras. He knew some Slovenian chefs, such as Ana Roš. But he also considered Wales and parts of Spain as adequate places to live. At the end he settled in Slovenia in 2014. He moved to Kojsko in Goriška Brda and started working at Kmetija Štekar that was a wine producer. Later he met Mr Luka Košir, the young Slovenian chef and owner of the Gostilna Grič in Šentjošt nad Horjulom, who was impressed by Peter’s home made birch syrups. Their acquittance brought him to where he is today.

At the moment he is employed by Luka, he is helping him at the duck farm and cooking in his restaurant. Luka and Peter run the first certified ecological duck farm in Slovenia, which we had the pleasure to visit.

We were driving about 40 minutes from Ljubljana through Šentjošt nad Horjulom to reach Peter’s home. First, we were welcomed by snow, cold weather and the watchdog. Then Peter came from the duck barn, wearing farm clothes and holding container with duck feed. He greeted us and showed us around the farm. We could saw frosty marsh, ponds and snowy meadows which are perfect pasture for ducks in summer time. Because of the winter the ducks are now mostly in the barn or behind the fence close to it. He showed us how he feeds them and explained differed breeds he has. He told us that Slovenia is a great country for duck breeding because of its climate, which is very different than the Swedish one. 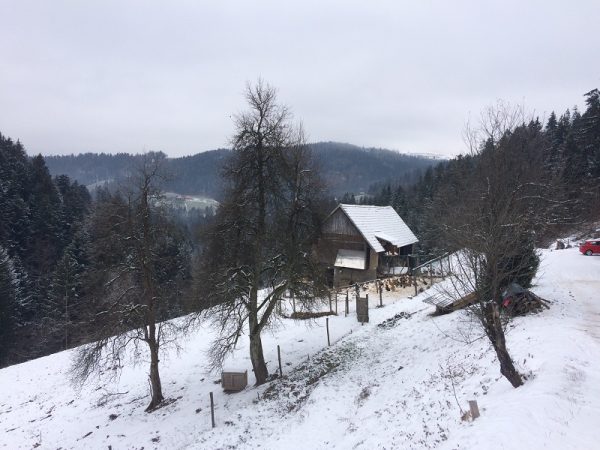 When Peter came to Slovenia he wanted to take a break from entrepreneurship and wanted to try how it is to work for others. But he is planning to start his own business in 2019 in order to realize many ideas he has – products offered by the nature and food jams. He already got informed about the procedures. He is lucky to get all the help from Luka, but can also count on the help of the Swedish consulate. He does not have any bad experience with Slovenian bureaucracy, but it always depends on people who are there to help you, he admits. Some people are helpful and have no problems speaking English and some do not. 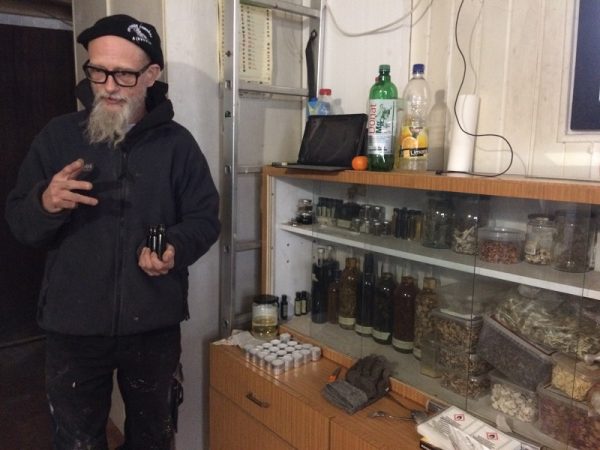 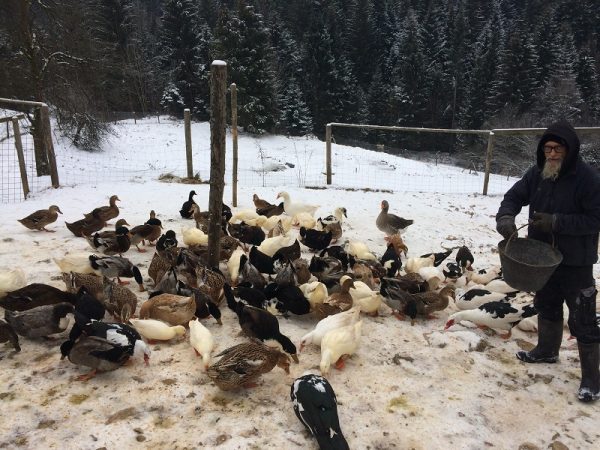 Peter is happy with his life in Slovenia, he feels safe here. Peter looks bright into the future and he has a few more unique ideas for his future business. Of course he misses his friends and family, but on the other hand he sees Slovenia as a place where people have a good life and that is what really matters at the end.