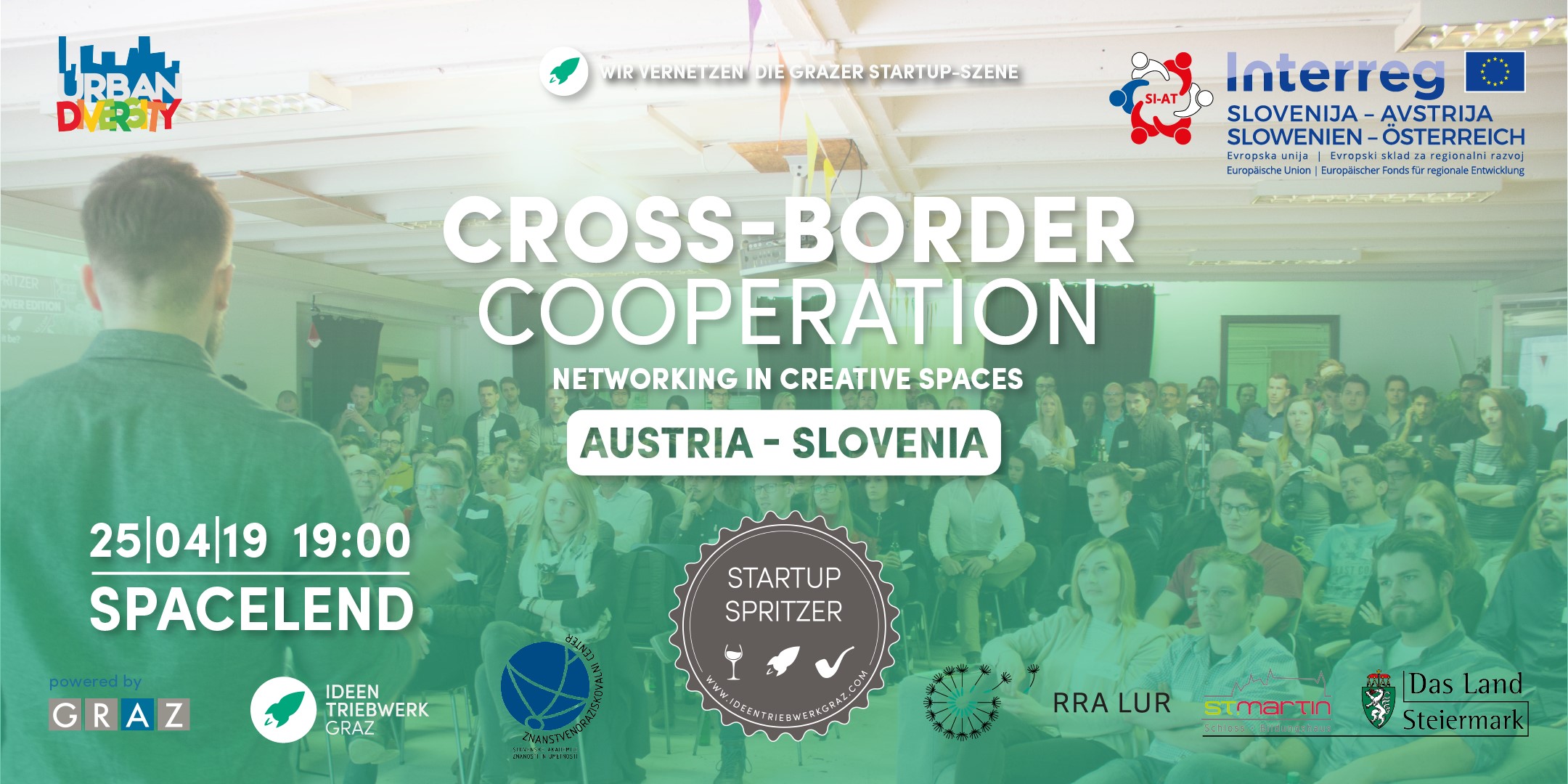 On Thursday, 25 April 2019, a pitching event took place in co-working place Spacelend in Graz, where Slovenian and Austrian start-ups met and presented their ideas. 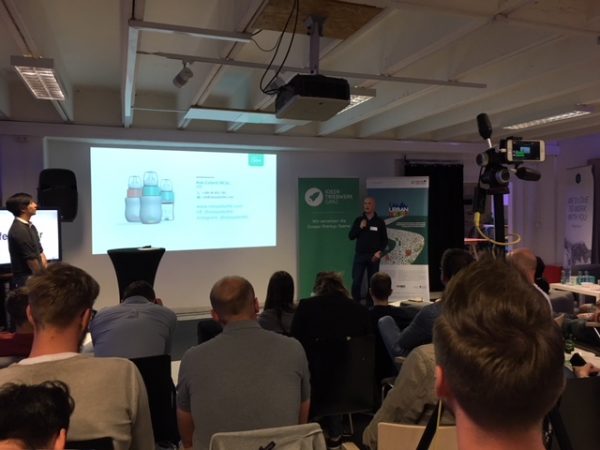 The event started with the presentation of the Slovenian story of success, a project Sleepy Bottle (company Innovat pro d.o.o.), which started in one of the Slovenian co-working spaces. Sleepless holiday nights  led to the idea of a baby bottle, which prepares milk formula fast and makes night easier for parents that cannot breastfeed their babies. The bottle is internationally well known today. It was developed thinking about the environment as well – all its parts can be fully recycled. 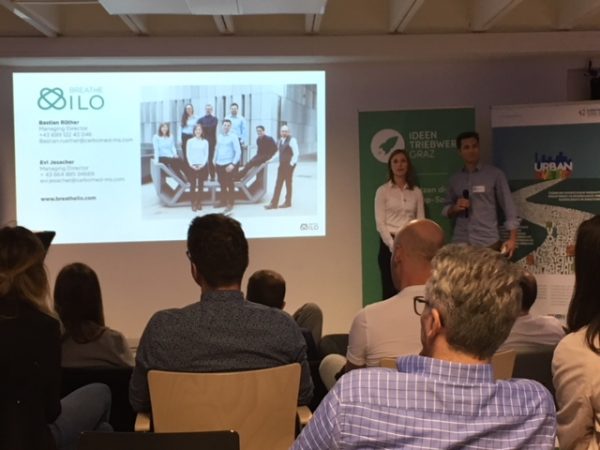 The Austrian companies that are still starting their stories followed. First, Carbomen Medical Solutions GmbH with its product Breathe ILO, which helps determining women’s most fertile days to couples that wish to conceive a baby. It works on the basis of the concentration of the CO2 in  women’s breath. Next one was Mr Mohamad, who presented his idea titled Add a value. The idea contains relieving body parts that have to carry more pressure after a specific body part gets injured. It ensures faster and more efficient rehabilitation.

Two Slovenian companies followed. Rivertum d.o.o. with its product Rivertum, the underwater turbine for producing the electricity and the Jurij Dreo with his team with the idea Braintrip for early detection of dementia. 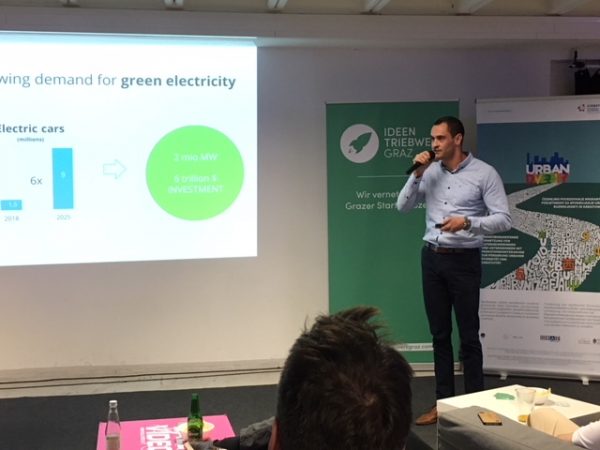 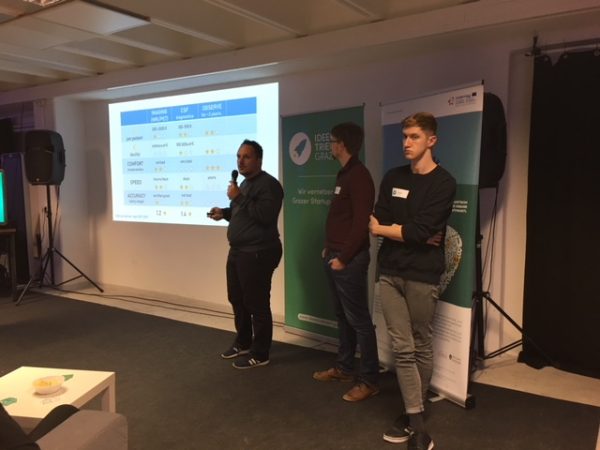 For the end the representative of the Technology Park Graz presented the activities of the Park and invited all interested to join them. 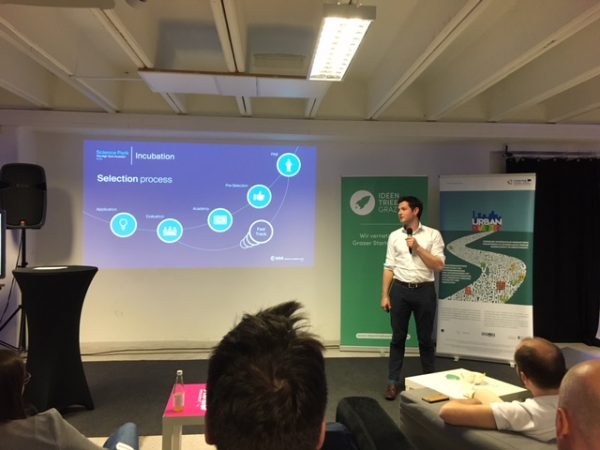 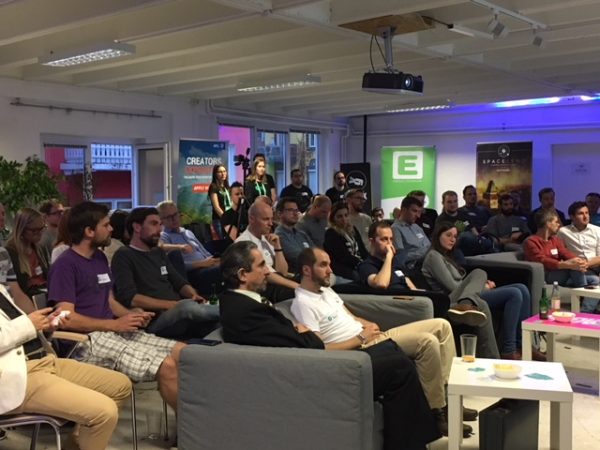 Networking followed. The visitors got the opportunity to get more acquinted with the presented ideas and to share their opinions with the neighbours.