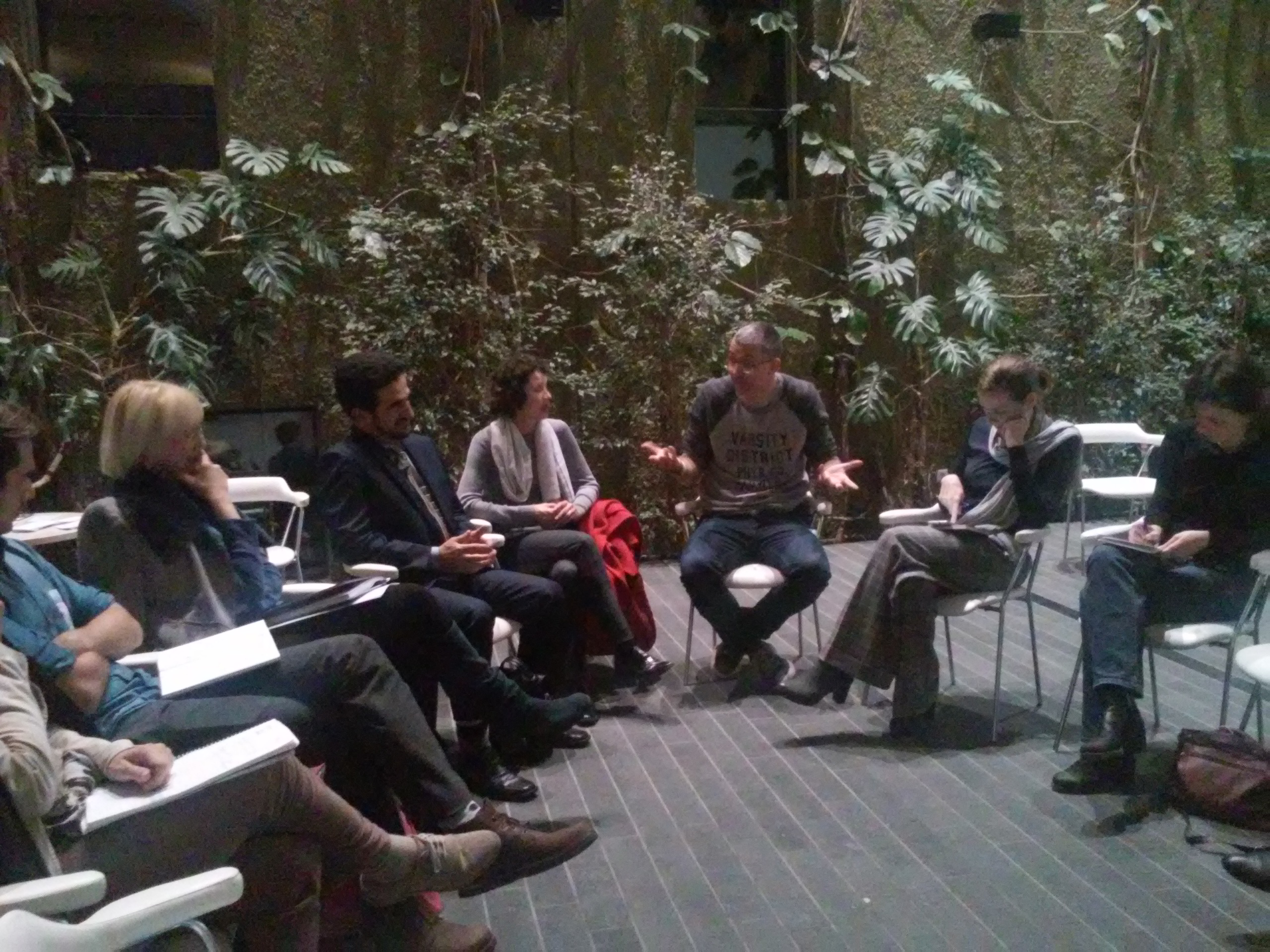 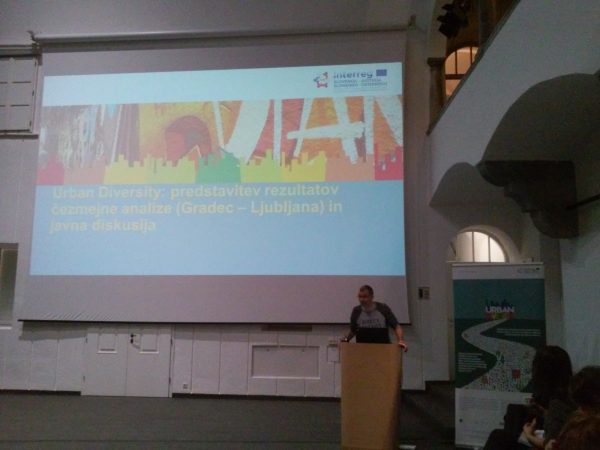 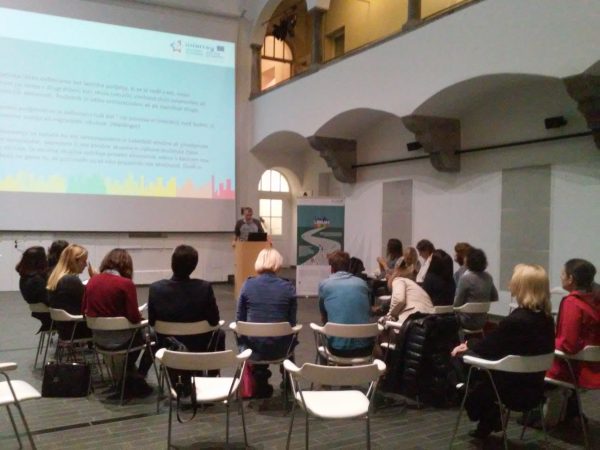 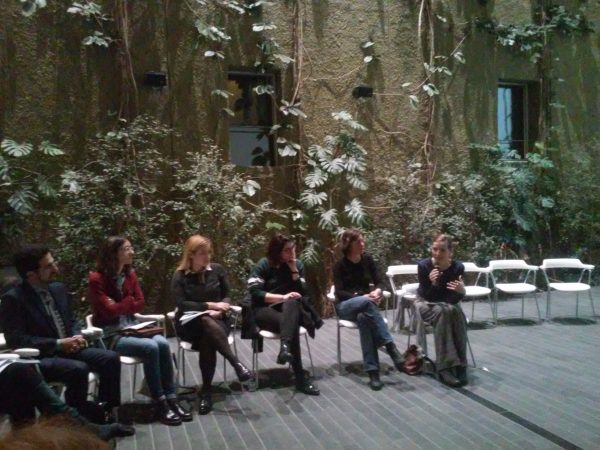 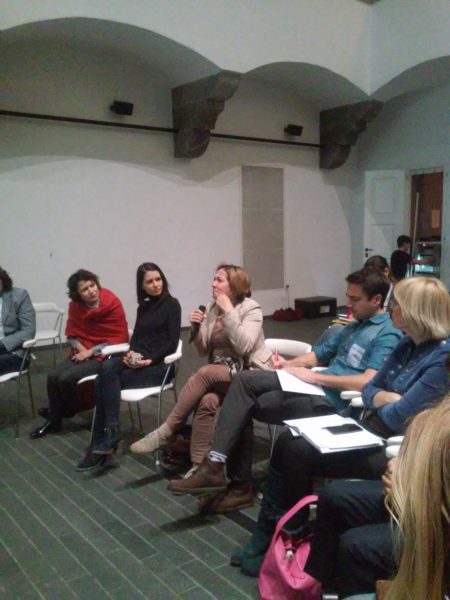 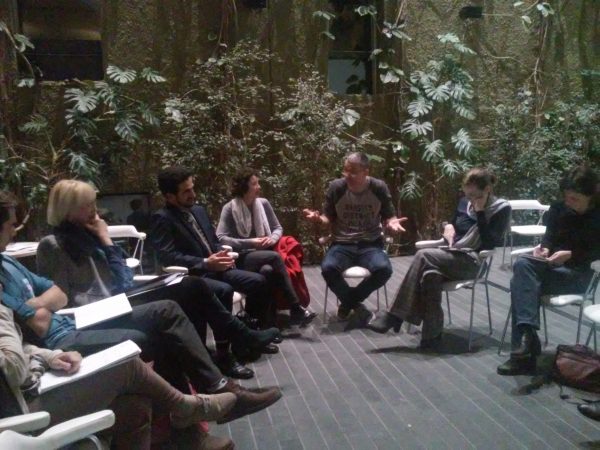 On Tuesday, 7th November 2017, a presentation of the results of the comparative research on migrant entrepreneurship in Ljubljana and Graz was held in the picturesque atrium of the ZRC SAZU. Moreover, the topics of the upcoming Urban Diversity trainings were discussed.

At the beginning of the event, prof. Jure Gombač, PhD, from ZRC SAZU briefly presented the Urban Diversity project and the concept of migrant entrepreneurship. He summed up the findings of various sources which indicate that some migrants become entrepreneurs because of the need, as this is their only possibility for employment, while others are simply looking for better opportunities. Sources also quote that migrant entrepreneurs are more likely to enter a precarious and unstable market than domestic ones. Various researches done in Europe and the United States have shown that migrants are more entrepreneurial than the domestic population, they provide a certain share of jobs and create trade opportunities between the host country and the country of origin by reducing trade-related costs. Researches also revealed that even though companies establish more migrant establish a greater percentage of the companies than domestic population, the lifespan of the first is statistically shorter.

The results of the telephone survey, done in Graz, were presented by Barbara Beznec, PhD, from ZRC SAZU. The survey revealed that 2/3 of the migrant entrepreneurs have the citizenship of one of the countries of the European Union, most of them acquired education in their home country, and they decided to become entrepreneurs because they wanted to be independent. Almost half of them employ both migrants and Austrians, one third think that migrant origin adds special value to their services or products, and almost 60% did not face difficulties in establishing their company. One-fourth of respondents assessed language barriers as a problem in their work, and one-fifth would call on local authorities to set up special offices to help migrant entrepreneurs and organize language courses and educational trainings. The representative of the City of Graz highlighted the fact that migrant entrepreneurs, whose parents are Austrian or are more integrated in society, have shown greater expectations towards institutions than those not well integrated in the society. She also pointed out the interesting fact regarding the provision of language assistance. The City of Graz offers translations in 18 different languages, but migrant entrepreneurs rarely use this service and prefer family members and friends to help them.

In Slovenia, statistical data on the number of migrants and migrant entrepreneurs were collected for the area of ​​the City of Ljubljana (MOL) and numerous face to face interviews were conducted. It turned out that 320 small and medium-sized enterprises, where the country of the address of at least one of the founders is not Slovenia are registered in the area of MOL, and that the percentage of self-employed migrant entrepreneurs is lower than the percentage of self-employed Slovenian entrepreneurs. In the interviews, migrant entrepreneurs cited numerous obstacles they encountered when trying to establish and run the company. These include demanding legislation, lack of information, lack of support from the municipality and the state, inflexible administrative units, lengthy procedures, numerous inspections, difficult employment of people, and the protectiveness of the Slovenian market. Participants of the event suggested improvements in this field; namely to strengthen the knowledge of foreign languages ​​at the administrative units, the establishment of a special info point for migrant entrepreneurs, assistance in obtaining financial incentives and various initial facilities for young migrant entrepreneurs. They also mentioned an example of good practice; the project that was carried out by the Employment Service and provided assistance to migrant entrepreneurs in a number of foreign languages.