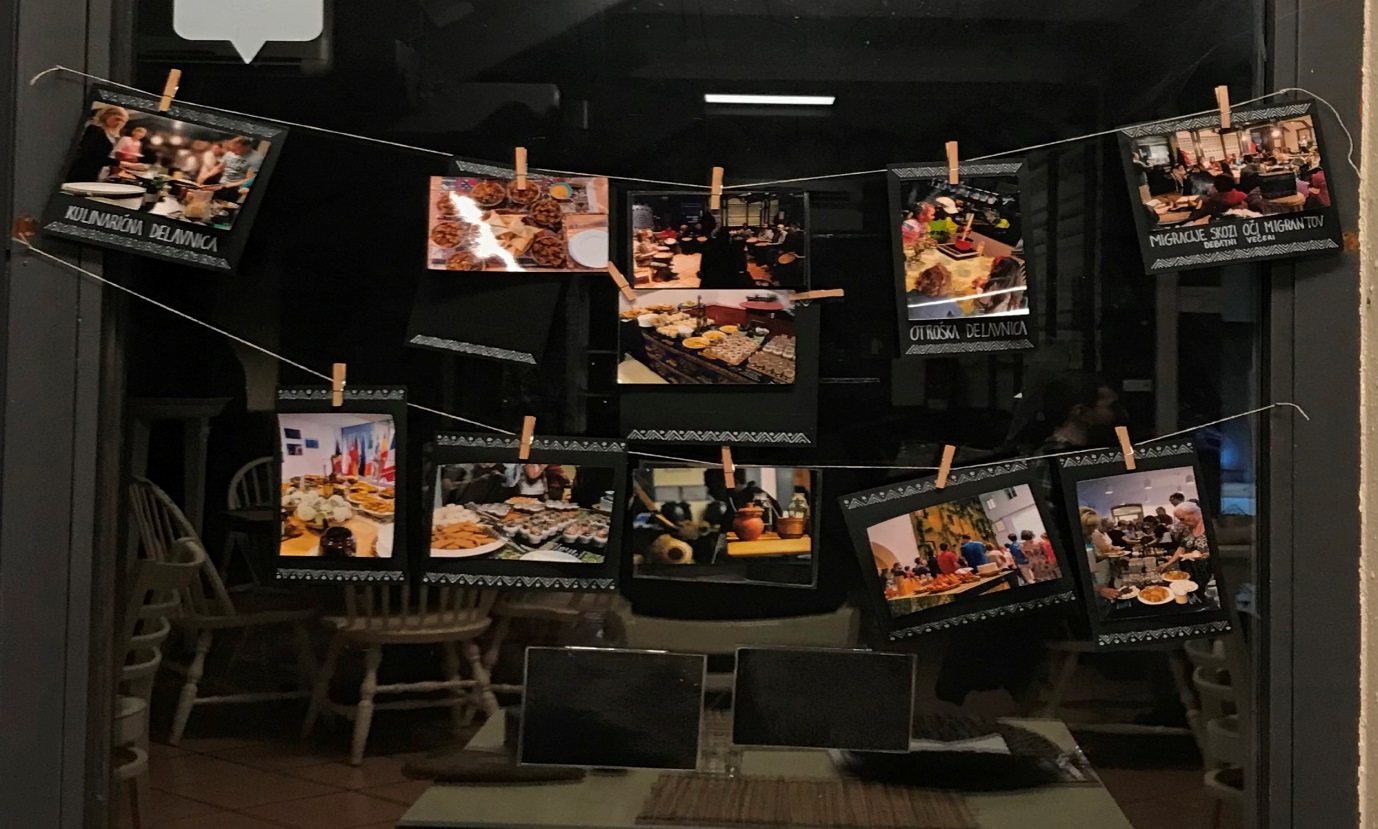 Behind the idea of Skuhna, are Teja Kuk and Max Shonhiwa Zimani who moved to Slovenia at the beginning of the 80s. He was born in Zimbabwe, where he lived until he finished secondary school. In that time, Yugoslavia was giving out scholarships for people from all over the world, and he was one of those that received it, so this is when his journey in Slovenia began. As a student of computer science, he later on became the president of the Union of African Students. Even though he began working for a computer company, he knew that his heart was in the NGO sector, from where he would later develop the vision for Skuhna, a place on Trubarjeva street in Ljubljana, that offers much more than just food from Africa, Asia and South America. It is a social enterprise that trains and offers employment for migrants in the culinary field, but at the same time also provides a basis for connecting cultures through different events where migrants and locals together participate in activities through sharing truly diverse and amazing food.

Max early on in his move to Slovenia, realized the lack of knowledge and understanding in Europe considering Africa and African culture, which was evident in the ‘silly’ questions he was being asked by locals. This triggered his interest in intercultural education in order to help locals to better understand the realities of the world outside. In 2012, Skuhna was launched as one of the projects of the Institute for Global Learning and Projects Development, which he founded in 2010. Skuhna, as a project was financed by the Ministry for Labour and the European Union. Six migrants were employed after their training was finished. It took around 40 volunteers from diverse backgrounds to renovate the place and bring it to its current charm and authenticity. It has become a space that is inviting and open to all, but besides its relaxed outlook and aesthetics, it is a place with much needed purpose and meaning. The idea came to exist spontaneously, since during his as a leader of different organisations, they would ask foreigners to prepare food for events, like roundtable discussions. They noticed that the locals really liked the food. Locals also started showing an interest in the people who prepared the food and where they came from.  Max also believes that Skuhna was born out of the need for original story tellers of the African, Asian and South American story, and by giving migrants a platform, Max believes there will be less misconceptions about these regions and cultures.

After a beginning with mostly caterings and cooking workshops, in 2014 the daily restaurant was opened, offering a different cuisine each day prepared by migrants. Through its inclusion of migrants in its activities, Skuhna has offered benefits to dozens of migrants, and this makes Skuhna one of a kind place in Ljubljana. Max believes that one of the main aims of Skuhna is to increase the credibility of migrants in Slovenia, and it is managing to do exactly that. Despite the discouraging lack of progress in the world in terms of migration, Max is aware of the macro purpose Skuhna has played and is still continuing to play in the society. Through the variety of cultural and culinary events Skuhna offers, such as tandem language learning workshops, culinary workshops, music and dance workshops, round tables, debates on social issues, politics, religion, the role of women in different regions, etc. Skuhna has played a direct role in the emancipation and inclusion of migrants into a society that might not always be prepared for diversity. Through this attitude, Skuhna is challenging the very notion that migration might result in lesser security. 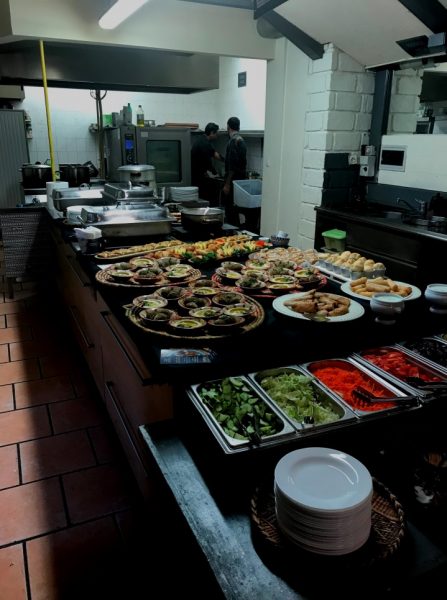 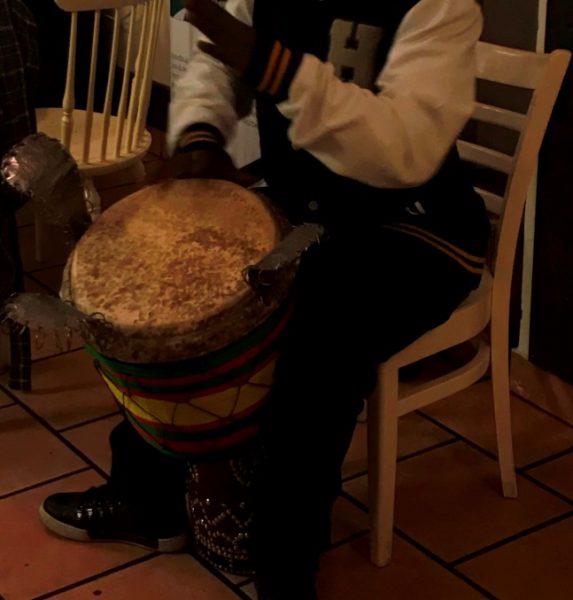 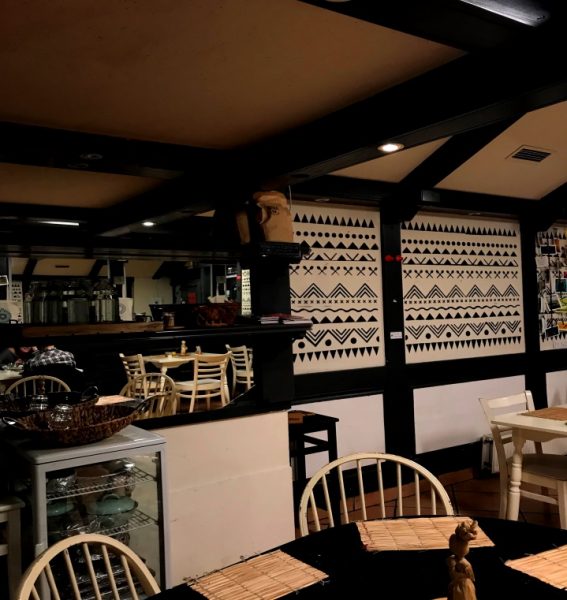 Alongside the ever changing and diverse menu, every Friday night, Skuhna is offering an intercultural experience for its guests. From 19 o’clock different food is served, accompanied by live music by musicians from different regions, each Friday. Every other Tuesday, this place offers Djembe drumming lessons, occasionally there are workshops for children, and every second Monday there are tandem language workshops, where people have the opportunity to enrich their knowledge. Wednesdays are reserved for Skuhna talks. 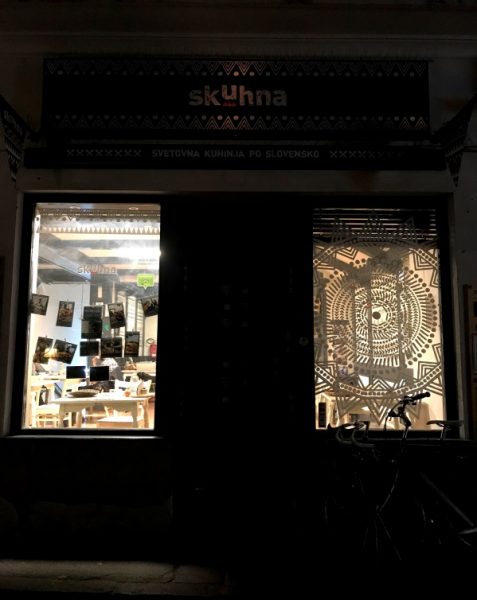 Intercultural education is of great importance to Max, and he believes this is the way to bring people together, and so far he has managed to do so. The organized talks and workshops in Skuhna are helping in the fight against subtle racism and contributing to more togetherness and openness to different cultures. Racism existed in the past, and exists today, claims Max, but he adds that doors open and opportunities appear when one continuously persists to bring his vision to life. He does not want for people to equate his culture and himself only with dance and music, because African people and their culture are much more than that. Still, he takes pride in his musical talent and uses it to bring people closer in unity and equality.

Skuhna, even though facing its own bureaucratic challenges as any other enterprise, continues to spread its message of unity and equality. In a time where hopelessness is a reality of many, especially migrants, Skuhna offers a one of a kind relief and allows voices to be heard. The main goal on Max’s mind right now is to take the good practise and put it into action. He says that even though it is not easy to measure the impact of Skuhna talks, they must strive to come up with concrete ideas and plans, mainly through other NGOs and the Zavod Global. This represents the newest challenge for the Skuhna team. Advocating for equality they will continue to work on migrant inclusion and acceptance in the Slovenian society. Max is optimistic as he claims that Skuhna has a winning team in place right now.