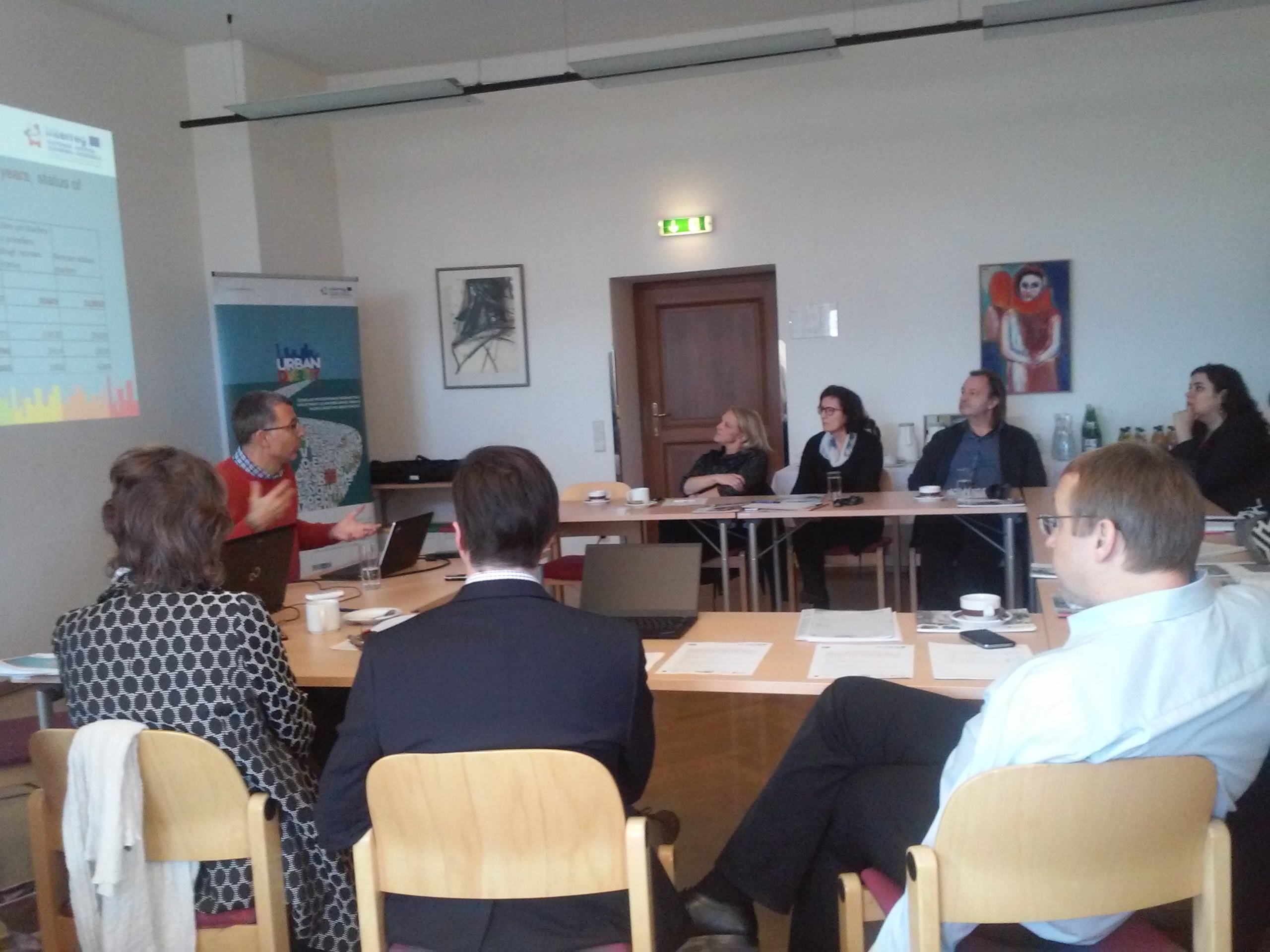 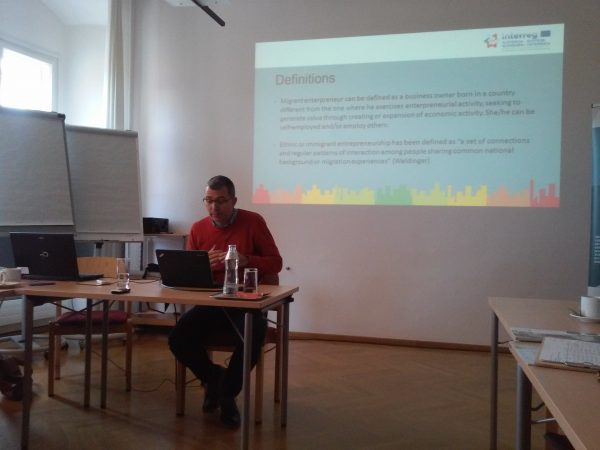 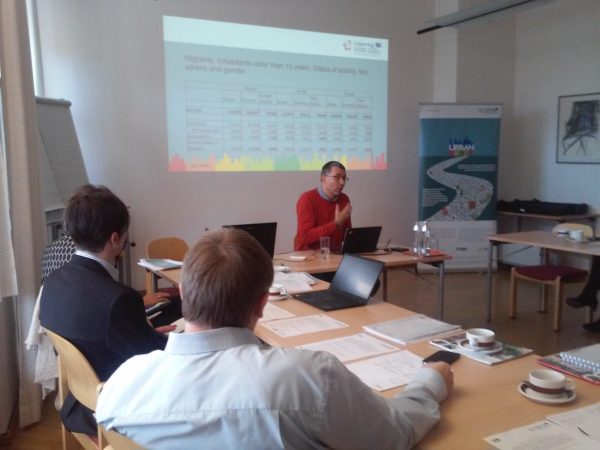 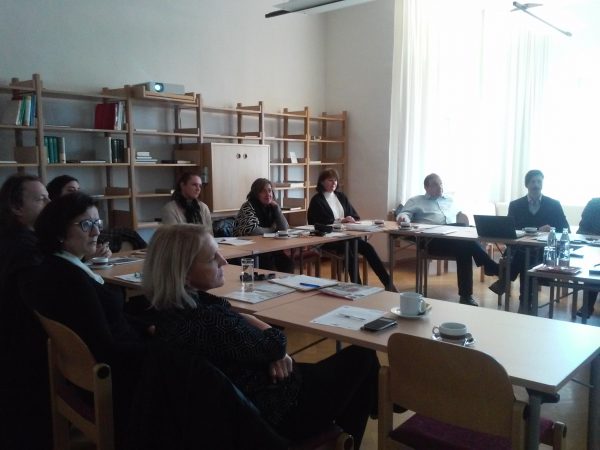 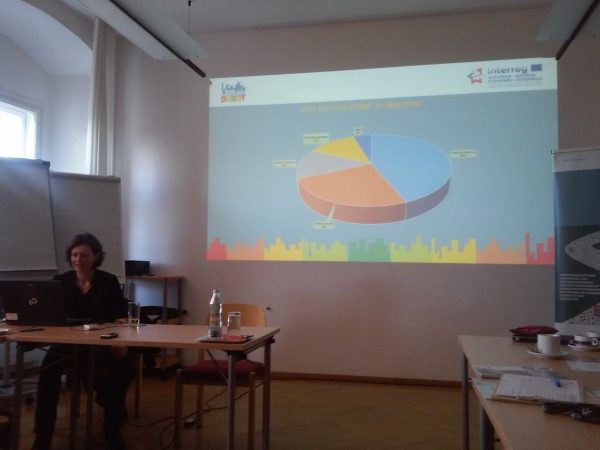 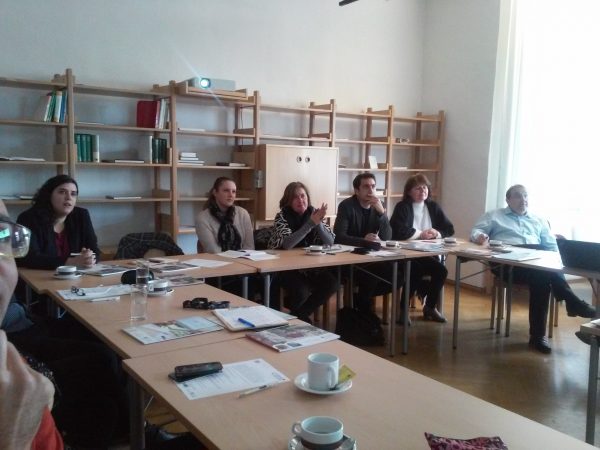 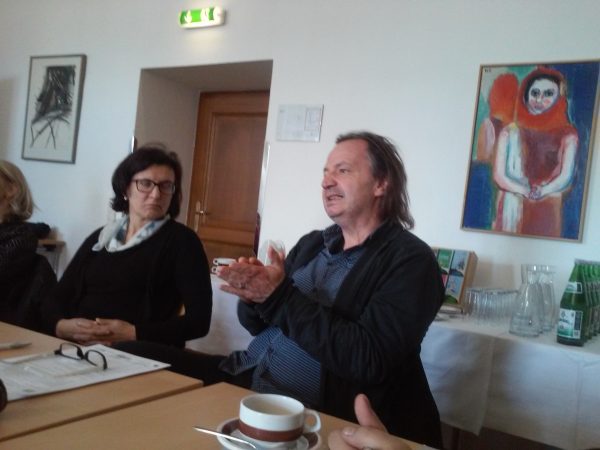 On Tuesday, 21th November 2017, the St Martin Castle hosted an event within the Urban Diversity project, which was intended to present the results of the analysis of migrant entrepreneurship in Ljubljana and Graz to the Austrian audience and to identify the challenges that will be addressed by Urban Diversity trainings. The event was attended also by the representatives of the Department of Equality of the Province of Styria, the Graz Department of Education and Integration and non-governmental organizations.

At the beginning, the project leader prof. Jure Gombač, PhD, presented the project and the concept of migrant entrepreneurship as well as the results of the Ljubljana research. Barbara Beznec, PhD, later summarized the results of the analysis made in Graz. The Graz research had one weakness since migrant entrepreneurs were identified on the basis of the name of the founder of the company, and hence excluded German entrepreneurs and second generation migrants who have an Austrian father. Followed the presentation, responsible for the research from the Department for the Development of the Economy and Tourism of the City of Graz added some good practices of the city of Graz in the field of migrants and migrant entrepreneurship. She said that in Austria refugees have the opportunity to start their business, which is later considered as an advantage in their asylum application, as they prove that they are able to survive themselves and not rely on the state’s social support. She also emphasized the fact that Austria has mostly benefited from migrant entrepreneurs as 43% of respondents obtained their education in their home country and Austria did not invest in their education. She also complimented the work of the Chamber of Commerce, which was estimated by 57% of the respondents as a good source of information, and, as a positive surprise, she pointed out that 57% of respondents did not encounter special difficulties in setting up and running the company, and 54% stated that public institutions are working well in this field.