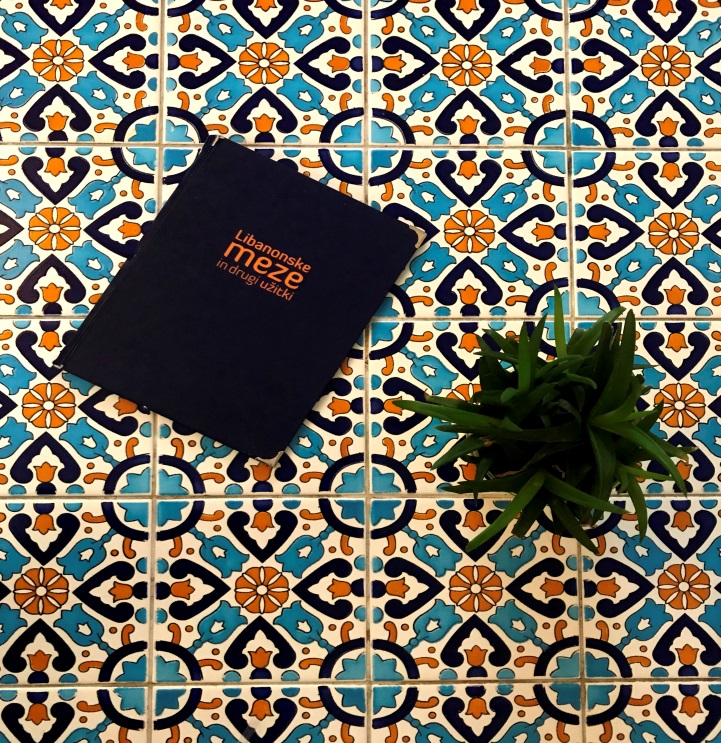 Alja Hafner Taha is the woman behind the restaurant with the longest name, a name that grew out of a tag line she came up with for the place. Her friend made the suggestion that it should be the name, and since then people have mostly referred to it as Meze, for short. The name in translation means Lebanese Meze and other delights. Meze, the authentic selections of different kinds of small dishes, are perhaps the right metaphor for Alja’s vision of her restaurant, but also her life. She likes being concrete, so in her opinion, the name had to be the same, concrete, not embellished. 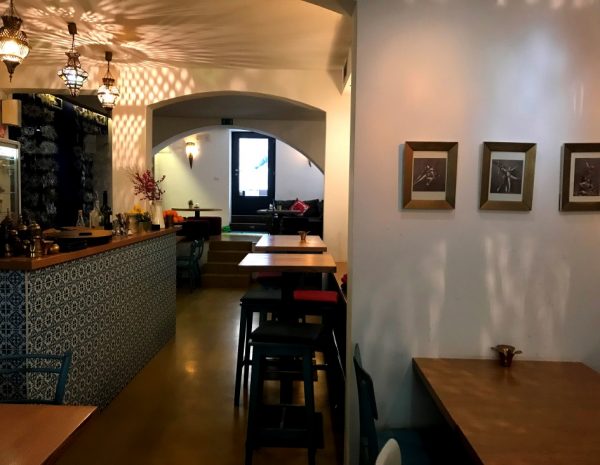 Alja is daughter of a Slovenian Mother, from Trieste, and a Palestinian father, both coming from territories that have witnessed violence and occupations, but both with a story that inspires Alja’s rebellious spirit. They met in what was then Yugoslavia, where they were later married, but were moving in different countries for eleven to twelve years due to her father’s job. As a result Alja learned to speak Italian, French and English from an early age, alongside that, living abroad also gave her the chance to develop a passion for cooking while watching and helping her mother cook and prepare garden parties, dinners, and also the diverse mezes. It is a feeling that she carries still, and has applied to her restaurant’s ambient, which is evident in the details on the tiles, the decorations on the objects inside and outside, the light designs and the dimmed light coming through the metal carvings of Arabic pendant lights, laying shadows all over the place, making you feel like you are elsewhere, just maybe on another continent. Besides the food, this is another proof of Alja’s creativity. Place she has turned into an experience for anyone, but honestly gives her team most of the credit for it. 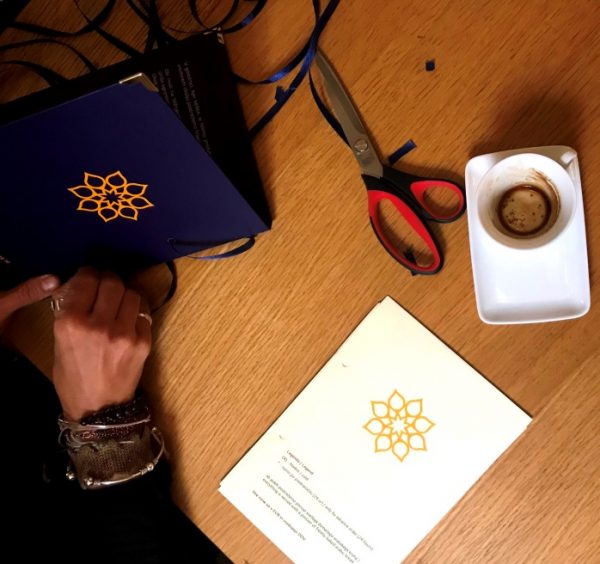 Before realising her vision for a place where she will bring together people and share her best recipes with others, she studied Marketing and communications, and worked in an industry that did not inspire her enough to continue on that path. She owes it much to her husband’s support and understanding, the strength and courage she accessed in order to go for it, and just do it, open a restaurant that would allow her to be open-minded and creative. The actual beginning of the realization of her vision was tough, but she says it with such ease because she always could rely on her family and friends. Her father was at first sceptical about opening such a restaurant in Slovenia, about the market and so on, but Alja persisted with her idea and he decided to help her set it up. The aesthetics of the food, the tastes, and all else was prepared by Alja, and she did her first food tastings on friends in what she jokingly calls ‘underground cooking’. Together with her father she set up the menu, but Alja was lacking a head chef. She can cook, but needed a professional in the kitchen, while she runs the business. Again, through and with the help of a friend, she met a chef, from Slovenia with a love for travel, with whom she immediately clicked. He understood her approach to people and food, and also prepared the food just how she envisioned it. Besides the tough beginnings filled with pressure in the kitchen, she has immense respect for the man that runs her ultimate kitchen and for whom she says she has not only found a friend on paper but in heart. 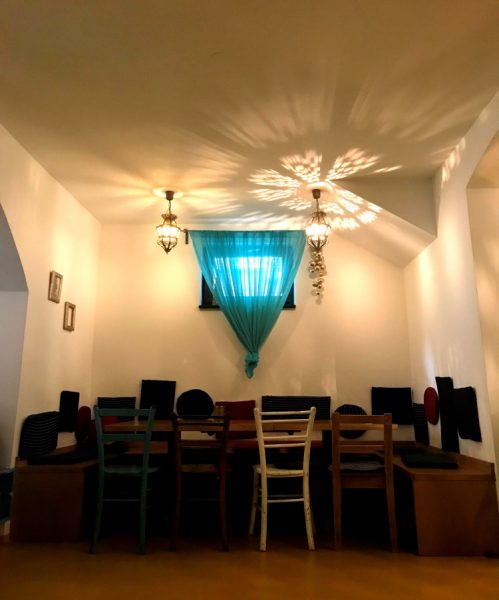 The recipes do not fall under any specific national cuisine, as Alja claims. The food prepared is a definite mix of Palestinian, Lebanese, Jordanian, Syrian… but the Meze are something they all have in common, and in Libanonske Meze in drugi užitki meze are prepared without restrictions to a specific region. As Alja says, the inspiration for the food definitely sticks to that region of the world, but it is not cemented in any particular national cuisine and this is where through improvisation she truly managed to set up a unique and authentic taste for her restaurant. Using only the freshest ingredients, she is mindful of the fact that the food must be prepared with care and love before being served and eaten. The diversity present in her kitchen comes from ingredients from different locations. The vegetables and meat are brought from small Slovenian farmer and butcher businesses, while the spices come from different world regions, or sometimes from the small spice shop, called ‘Hiša začimb’, also on Trubarjeva street. 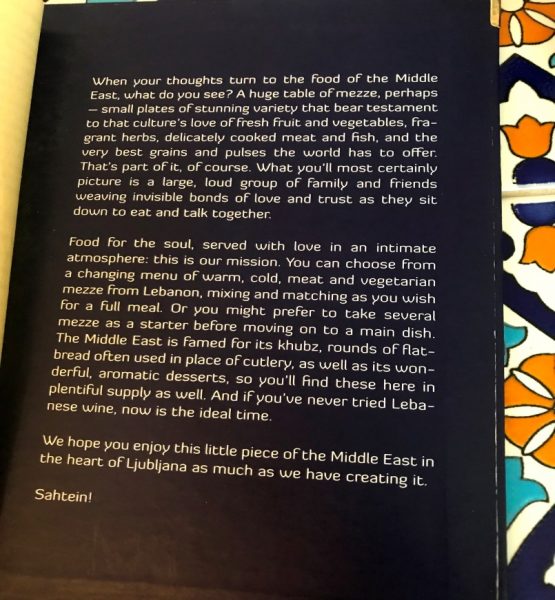 The stress is the realest dimension of running a restaurant business, but Alja has always managed channel it productively and creatively. The toughest part, she says, is the consistency. To keep and maintain a level of dedication daily, one must love the hard work and the results of that effort. She believes the location of the restaurant has definitely helped for people to get more familiar, be that Slovenians or tourists that come in, but nevertheless she claims that it is the hard work and patience that pay off the most. It is her upbringing and her years of experience of working with people with different backgrounds, which taught her patience the most. She believes that when people can feel this, they become chill and kind to one another, and this is the atmosphere to be found in her restaurant.

Her main motivation in her work is to avoid damaging a world that is already damaged. She really does not want to sound pathetic, but claims that we need more places that do ‘good’, and that food is one way to put the damage out.