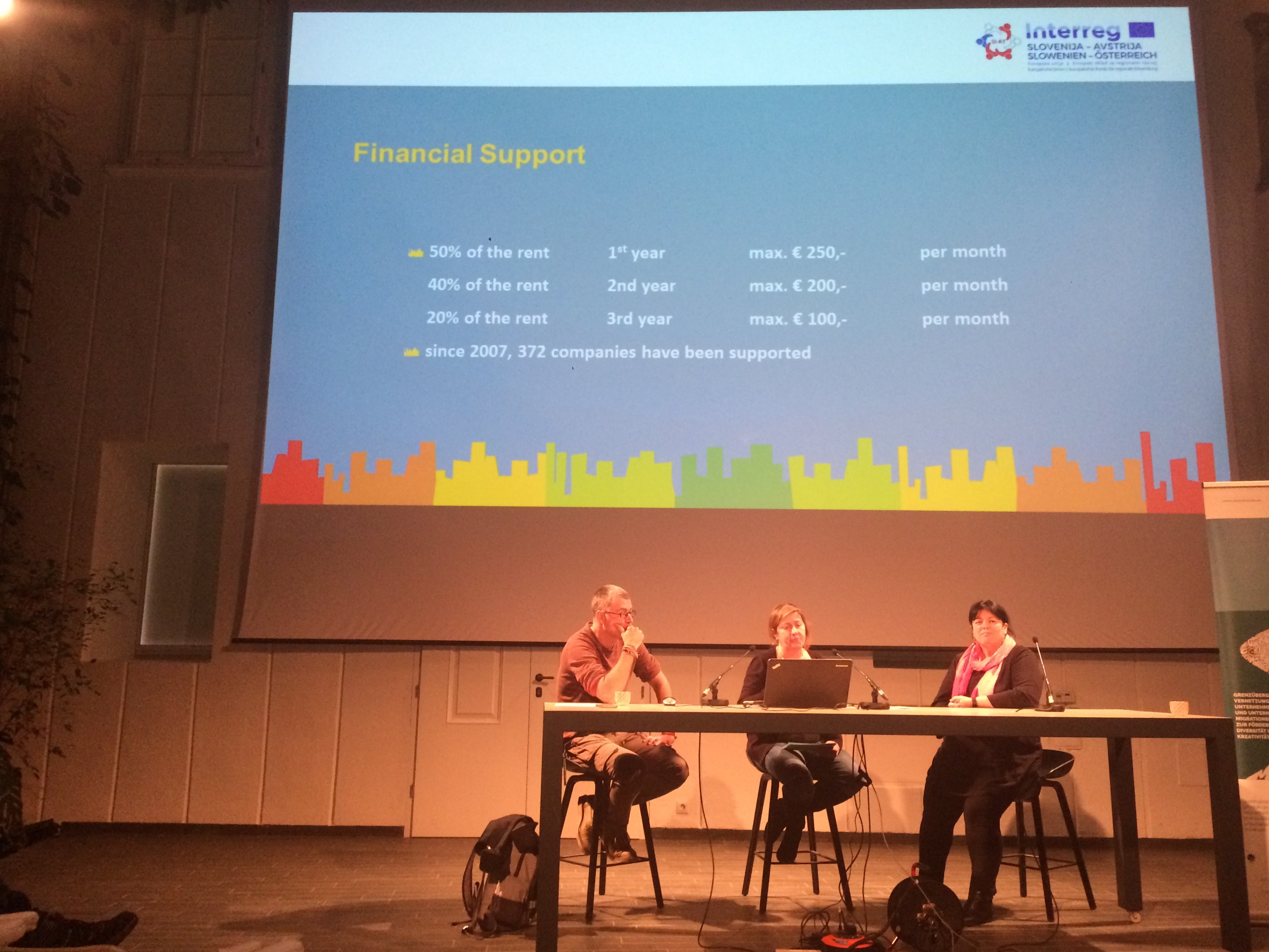 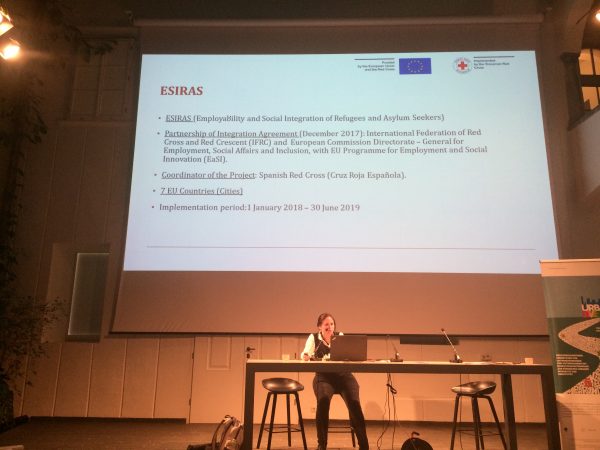 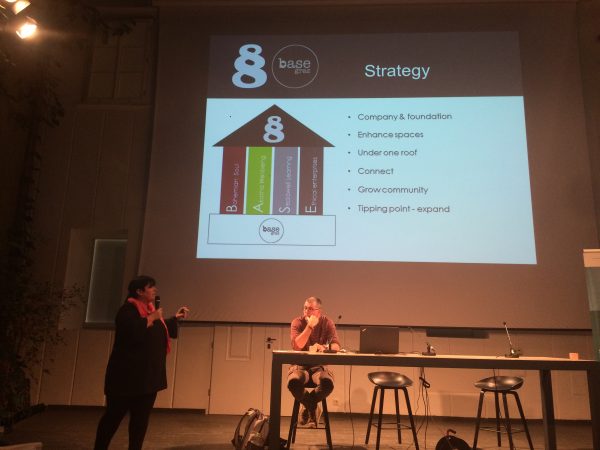 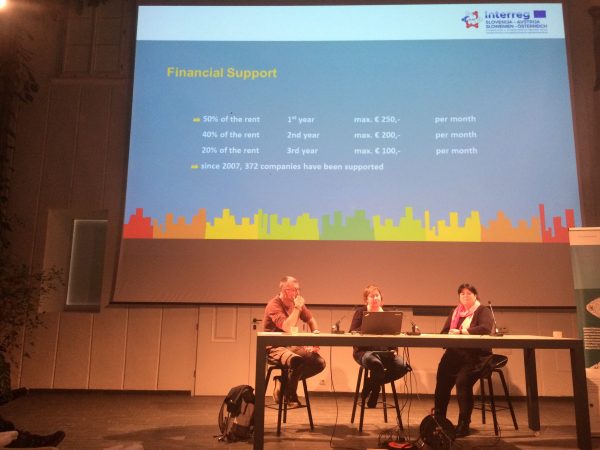 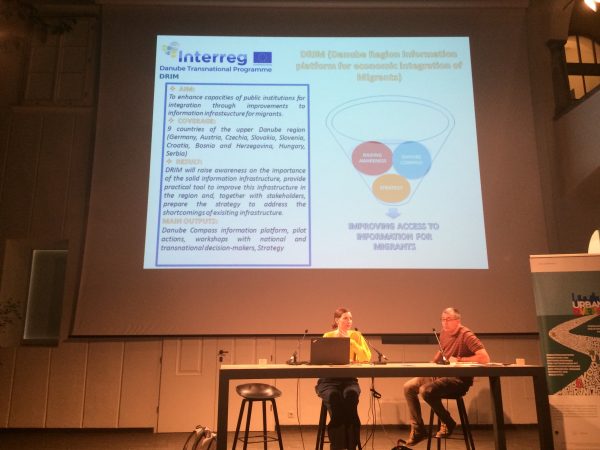 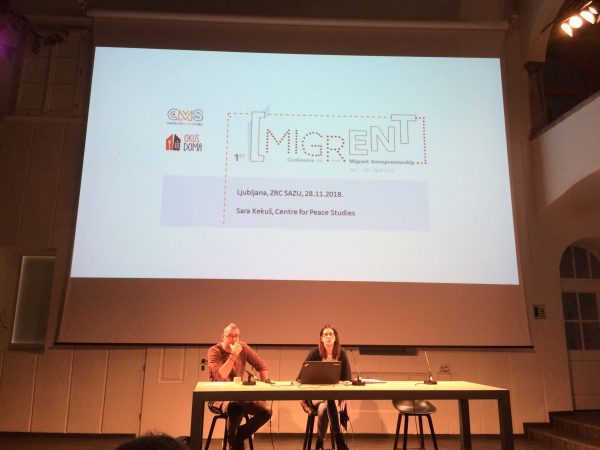 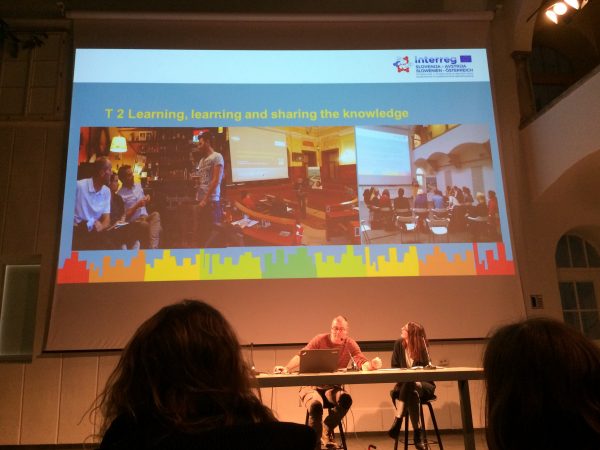 On Wednesday, 28 November 2018, ZRC SAZU hosted a scientific conference, which brought together various experts, working in the field of migrant entrepreneurship. Lecturers from Ljubljana, Graz and Zagreb addressed the participants of the conference. Presentations and discussions enlightened challenges and opportunities Ljubljana and Graz face and which are addressed by the Urban Diversity project.

At the beginning of the event Jure Gombač from ZRC SAZU reminded who is considered to be migrant and stated some statistical data related to the employment of migrants in Slovenia. He also briefly presented the project itself and the concept of migrant entrepreneurship.

Sara Kekuš from the Center for Peace Studies Zagreb. She presented the project Migrent, which considers entrepreneurship as a tool for social and economic emancipation of migrants. As a project result Sara showed the receipt book titled “Taste of Home”, which collects receipts that remind participating migrants of home. Moreover, Sara showed us a final result of the project – video in which migrants talk about the influence this project had on their social and economic status in the society.

A representative of the Department for Economic and Tourism Development of the City of Graz, Andrea Darvishzadeh-Nowruzali, continued with the presentation of measures, with which the City of Graz helps migrant entrepreneurs to start and develop their business. As principal measures reduced price of the rent and the possibility of simultaneous interpreting in various languages were underlined. Later, Debbie Adams, a Kiwi that followed her love to Austria, presented her story of being a migrant entrepreneur. Today Debbie is very proud of her project Seddwell Center – Bohemian Soul, which offers relaxation, language learning and culinary delights at one place.

Max Zimani, a migrant from Zimbabwe and a manager of the Skuhna project presented the restaurant Skuhna, which is located in the Trubarjeva street and described its very beginnings. Skuhna or “a world cousine in a Slovenian way” is a product of work with migrants. The participants of the conference listened about the challenges Max faced when he started with the restaurant and which has he still been facing. Skuhna travelled a long way from the provider of cooking courses to a place that offers food, but also organises various workshops and hosts debates of challenges and experiences of migrants in Slovenia. Max ended his presentation saying that numerous migrants in Slovenia still face social exclusion.

Short presentations of projects supporting the integration of migrants in labour market and migrant entrepreneurship: Slovenian Red Cross, ZRC SAZU, the Peace Institute from Ljubljana, Development Agency from Maribor and the Independent Syndicate of workers in Slovenia.

The practical part followed – getting to know the real migrant entrepreneurship on the Trubarjeva street.